I wasn’t born yet when my family moved in next to you.

My older sister got your heart first. You still had dark hair. You often told me how pleased you were when my family moved in. You never had children of your own. You never married. My family came ready-made for you. 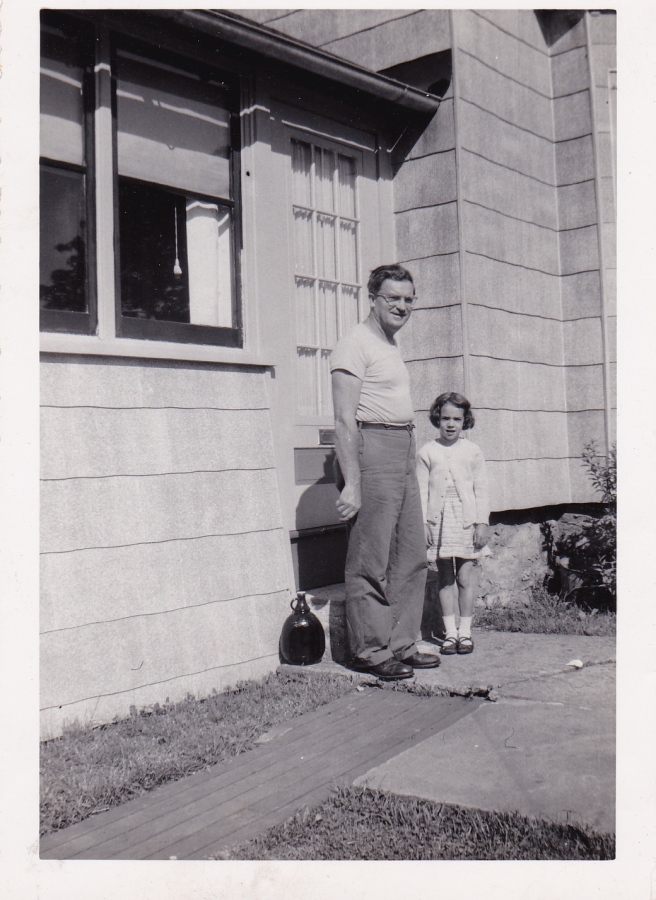 Did your heart sing when I was born? Perhaps more than my mother’s heart?

Anyone looking would see how you took possession of me like a blood relative, like a grandfather aching for a child to caress and teach and spoil.

Your hair is now gray at the sides. I don’t remember this photo (I was only a year old) but it doesn’t surprise me to see myself as full in the moment, on your lap, feeling loved. 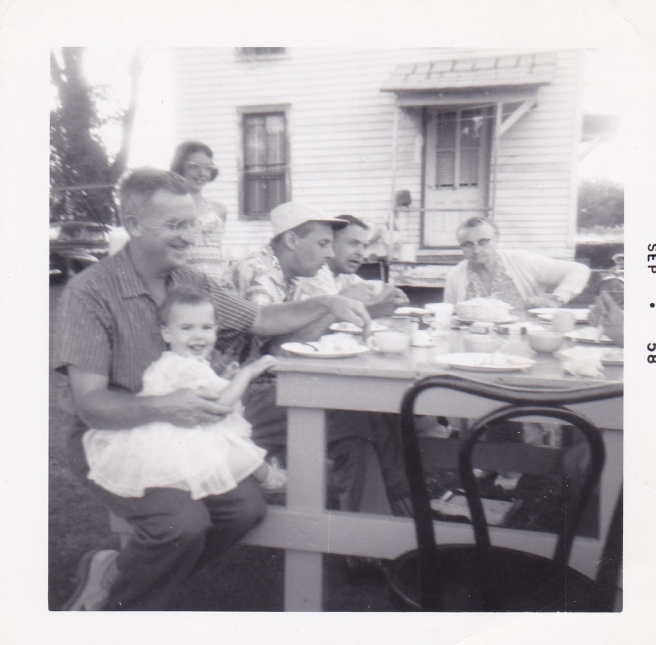 You wouldn’t miss my birthdays. Somehow it seemed that you enjoyed them more than anyone else, maybe more than me. I felt like everything I did interested you, entertained you. Even simply opening a gift, my self-consciousness starting to show, the one-year-old’s glee giving way to the four-year-old’s apprehension. 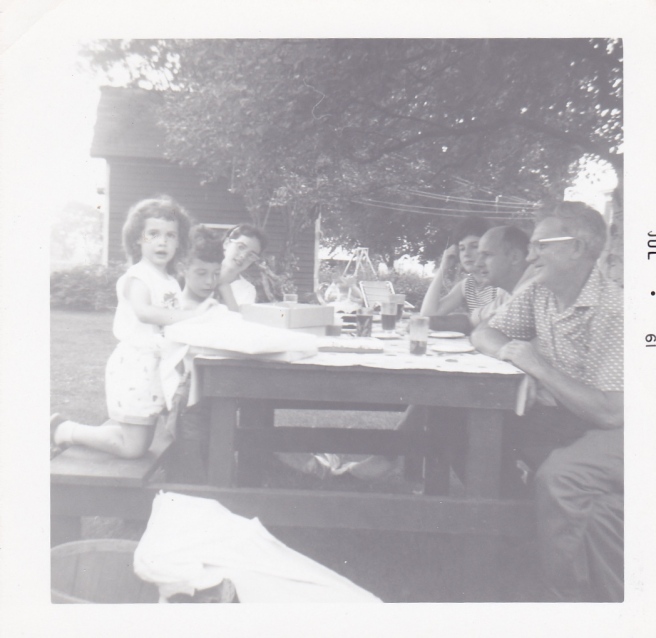 You let me be wild and plastic where my own family wanted me quiet and still. I didn’t have to be still around you. I could, as I often did, suspend myself between your refrigerator and chair. I wore dresses but acted like a tomboy, flashing my cotton underwear. I was too young for anyone to think twice. 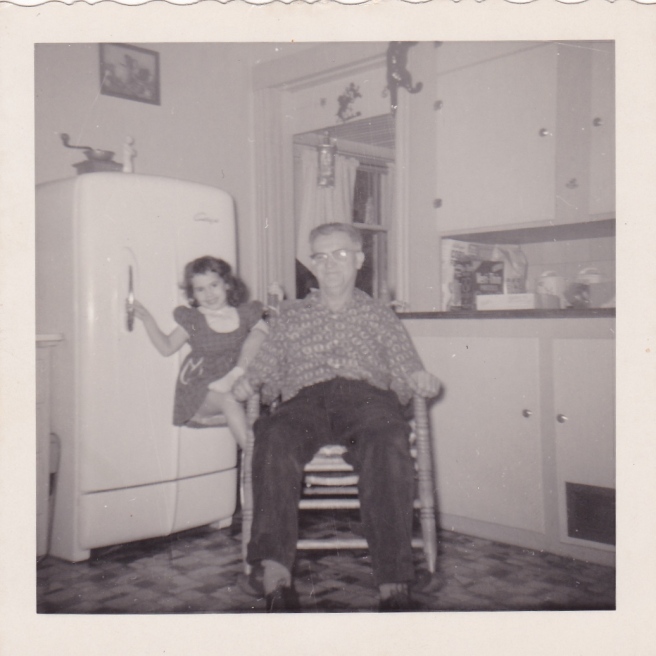 You let me play-act. I’m a famous movie actress enjoying a drink by your pool. I spent more time in your house, your backyard than in my own. 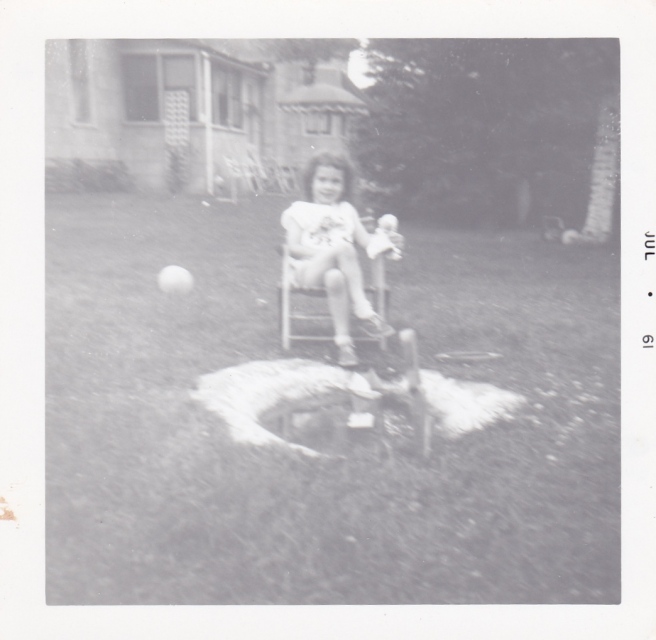 It seems sometimes I hung on to you for dear life. 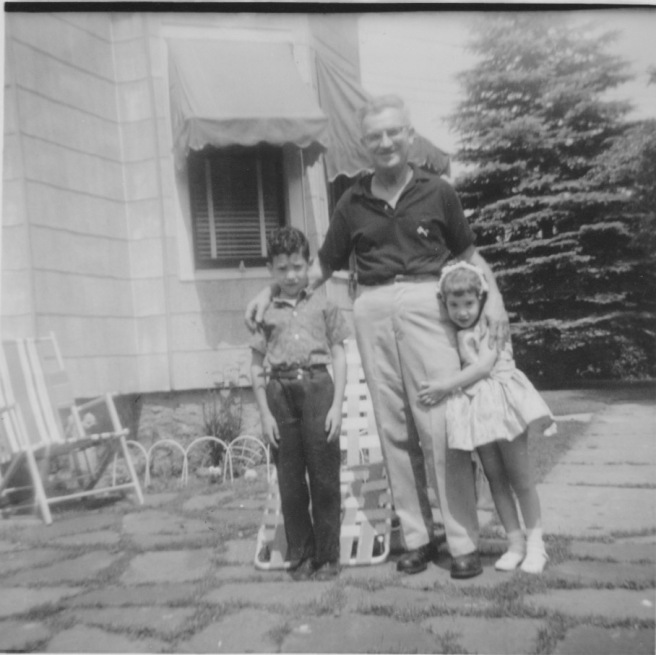 And we might have both liked cats … at least I did. 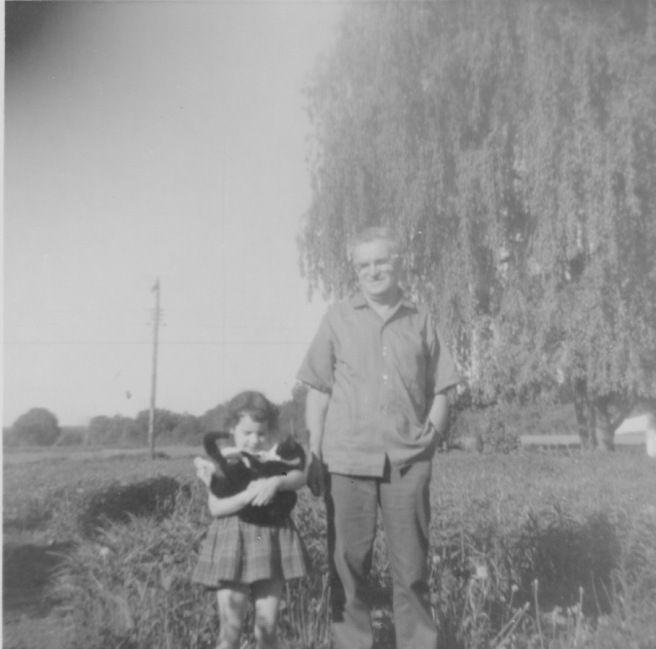 You served your country. You were inducted into the Army on March 9, 1942, a few months before you would have been considered too old to serve. Earlier they had rejected you because of your varicose veins, but then they changed their minds, as the bodies came home or soldiers went missing. 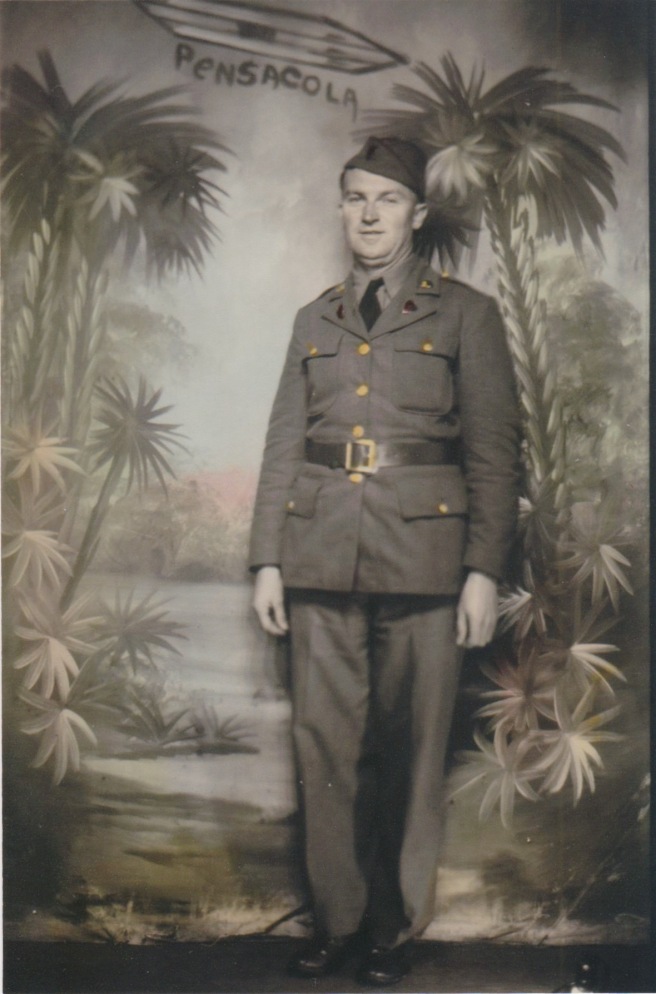 You told me how the other men called you “Pop” because of your age, how you wrote letters for the ones who could not write, protected the vulnerable from the bullies in the camps. You cooked, something you enjoyed anyway, until August 1944, when you were attached to General Patch’s Seventh Army. You never told me how you saw your friend shot in the middle of the forehead while you were both fighting from a foxhole. You never told me how you went into shock, had to be hospitalized, and then was sent back to the Front.

You did tell me you were captured by the Germans.

From a local newspaper: George Albers has been notified by the War Department that his brother, Corp. Theodore Albers has been reported missing since December 23, 1944 in Belgium. The last his family heard from him was December 15, 1944. 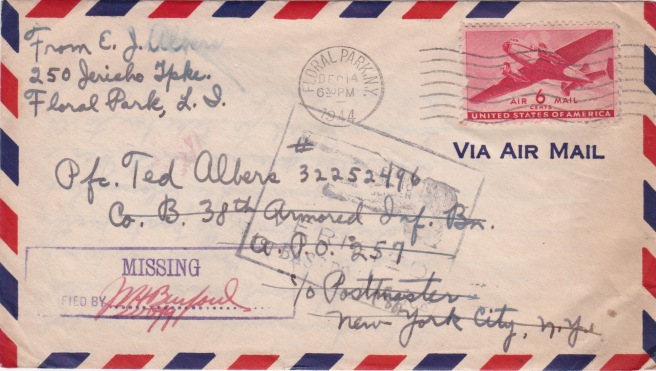 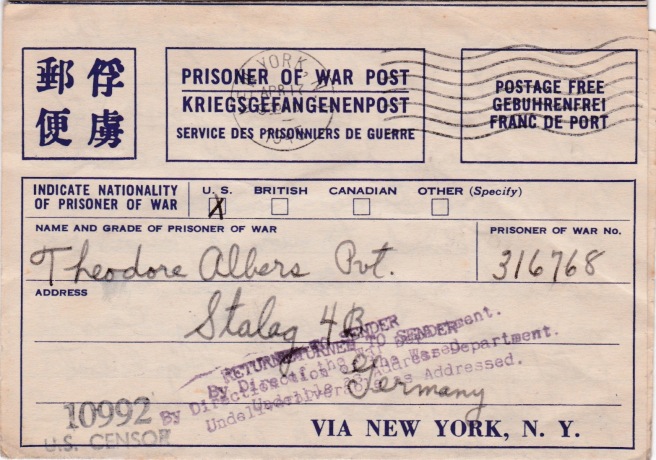 You remained missing until Germany surrendered and you were found in a POW camp. You were quiet about your experience, only saying that often you subsisted on only black bread and water and that you had to be deloused before leaving Germany.

As you saw the end of your life growing near, you talked more.

They would only feed us every three or four days. And we had to work in a steel factory. One day I said, “I won’t work if I can’t eat.” Well, that was the wrong thing to say. They wore these long, thick leather gloves and the guard hit me across the face, knocked my glasses off. Then he kicked me where I shouldn’t be kicked and beat me so bad I was in the hospital for, oh … five or six months. I don’t remember where they took me. Just I was gone for five or six months.

You got smaller over the years, and I got taller. The last time I saw you, the last time we hugged, your head rested on my chest.

RIP Theodore Albers, World War II veteran, former Prisoner of War. Thank you for your service, but more than that, thank you for being the best part of my life.