My GRL is featured on Ereader News Today for $.99. Here is the blurb. Can an ordinary guy overcome the super ordinary to stop a terrorist plot? John J. Cannon, a successful San Francisco lawyer, takes a leave of absence from the firm and buys a boat he names My […]

Originally posted on Fiction Favorites:
Advance notice: I will be running a Kindle  $0.99 US and a £0.99 UK  sale on Our Justice from January 12th (Thursday) until January 19th (Thursday). I will also be featured on EReader News Today on Friday the 13th. (Hmmm) This will be the first…

Originally posted on WHAT THE HELL:
I had just been rejected by Ereader News Today for the second time in two months. Something in me snapped. There aren’t very many effective ways to promote indie books, and without promotion the whole self-publishing wheel stops turning. And not just promotion but…

Hello, everyone. I’ve stepped out of my bubble to share some exciting news. Kevin Brennan has decided to make his latest novel–Fascination–available on Amazon. Yup, so for any of you who have wanted a copy of this crazy-road-trip novel but were hesitant because, well, for some reason you’d rather buy […]

Originally posted on El Space–The Blog of L. Marie:
Hope you had a happy Halloween. I consumed copious quantities of carbs. How about you? If you’re a follower of the blog of the awesome Jill Weatherholt, you know the history behind her debut novel for Harlequin’s Love Inspired line. You…

Town Father is great book club material — and it’s on sale for 99 cents! 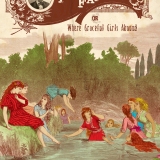 Originally posted on WHAT THE HELL:
Pick me! Pick me! Starting today and running through Friday, Town Father is on sale at Amazon for 99 cents. I finally landed an EReader News Today slot! And this gives me the opportunity to suggest that Town Father would make an excellent choice…

Originally posted on WHAT THE HELL:
Summer’s over. Bummer. But that doesn’t mean you can’t catch up on your summer reading, and the hottest book this summer is — you guessed it — Fascination! But to sweeten the pot now that Labor Day has come and gone, I’m offering readers…

Hello, friends, I am overdue for a book review and I’m a poet, doncha know it 🙂  Silliness aside, I’m reviewing Kevin Brennan’s latest novel, Fascination.  If you’ve been a follower of my blog for any length of time, then you know I’m a yuge fan of Kevin’s writing (and […]

Originally posted on WHAT THE HELL:
It’s Fascination’s birthday! Help me celebrate by buying a copy, won’t you? Below are three PayPal buttons. You get to decide how much you want to pay for this book, so pick one and you’ll be taken to your PayPal account for confirmation. If… 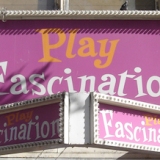