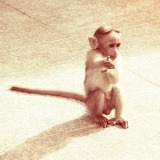 Originally posted on WHAT THE HELL:
It’s official. My Amazon book sales chart has flatlined. Oh, it happens every now and then, especially when I haven’t run a promotion in a while (mostly because I haven’t been allowed to run a promotion …), but it’s always psychologically alarming when it… 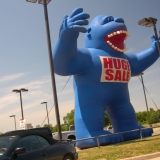 Originally posted on WHAT THE HELL:
That’s right. If you’ve been fence-sitting on this thing, today’s the day you have to act. Occasional Soulmates is 99 cents until midnight PST. It’s been a successful promotion, but only thanks to EReader News Today. On its own, a Kindle Countdown Deal doesn’t…

Dear Reader, here is another in my unplanned series of book reviews.  I hope you enjoy this commercial break.  Did you know that currently the ebook version of Occasional Soulmates by Kevin Brennan, the subject of this review, is available for just 99 cents.  If you’ve been on the fence […] 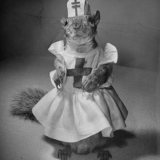 Originally posted on WHAT THE HELL:
Here we go. My first Kindle Countdown. As the man in the video says, I need a dollar. Actually 99 cents. From hundreds of people. This week. Go. Now. Spread the word across the land. Kevin Brennan needs a dollar. Occasional Soulmates — 99… 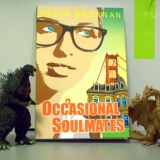 Originally posted on WHAT THE HELL:
Just a reminder that I’m running a Goodreads giveaway for Occasional Soulmates, but it ends on November 5, so now’s your chance to join the fun. If you haven’t purchased the book yet (and come on, you know you haven’t!), step up and put…

The sweet aroma of warm cinnamon coffee cake circled the kitchen, enveloping the cousins as they sat in their usual spots around the table.  Randy was pouring coffee into plain white stoneware mugs.  Mary had conceded to using the mugs instead of the usual delicate teacups she preferred.  Randy wasn’t […]

Won’t YOU buy Occasional Soulmates to save this innocent lil’ doggie?

Originally posted on WHAT THE HELL:
This poor little guy is at risk. Please buy a copy of Occasional Soulmates today so his daddy remembers to feed him. Amazon US Amazon UK Amazon Canada ?

I Made a Selfie with Kevin Brennan!

Well, sort of.  Actually, it’s a selfie of me with his new novel, Occasional Soulmates!  And since it’s a selfie, the title is backwards.  What did you expect from me?  Perfection?  I’m rusty, folks.